Dusty Sanderson's brand new single "This Four Lane Was A Pasture" will be released to iTunes and everywhere else music is sold June 20, 2015

New Music is on the way! Dusty has been writing a lot getting ready to hit the studio for his debut album. A new single is in the works set to be release in late spring.

Crestview, Florida - April 16, 2014 - The North West Florida Music Festival announces its First Annual Music Festival with Jason Michael Carroll as headliner, June 20th and 21st. This is the first event with Music, Food, Entertainment, Making it an event not to miss.

We are a few people who want to give back to the community. After months of Consideration our ideas have Culminated into "North West Florida Music Fest", A Weekend of family, fun, and opportunity to enjoy world class music acts and up and coming songwriters.

Proceeds from the festival will benefit children in crisis Inc. Children in Crisis Inc. "Provides Homes and Establishing Hope" for the abused, neglected, and abandoned children of North West Florida. The Childrens neighborhood provides and emergency shelter for young children, and the family foster homes help with the severe shortage of foster homes in our community. Together, we can make a difference in the life of a child.


Tickets: Tickets will be for sale to the public by May 9th 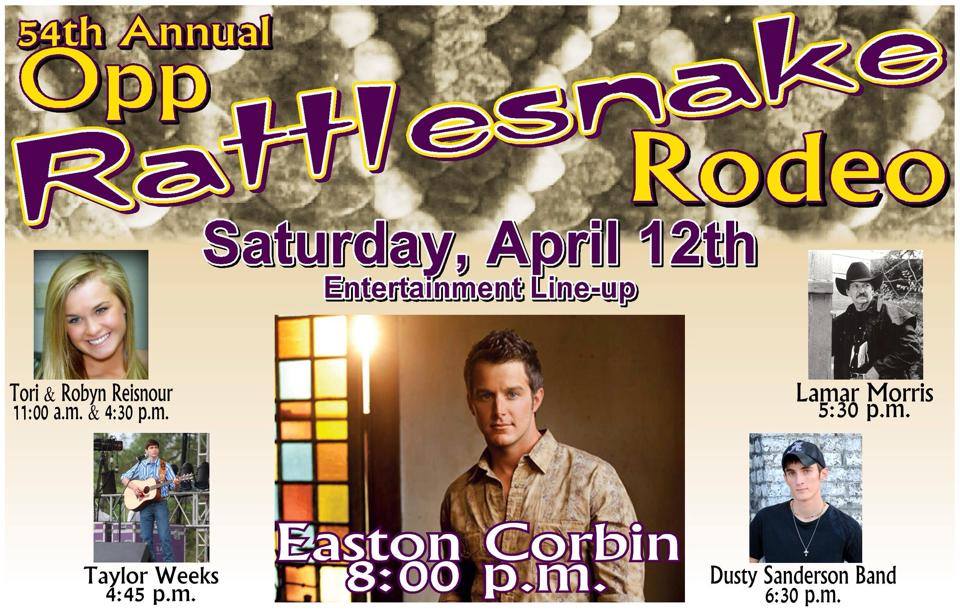 Dusty Sanderson will be sharing the stage with country super star Easton Corbin, Saturday April 12th at the Opp Rattle Snake Rodeo. Tickets will be sold at the gate for $10, kids 6 and under get in free. Its going to be a day full of Country Music and of course Rattle Snakes! 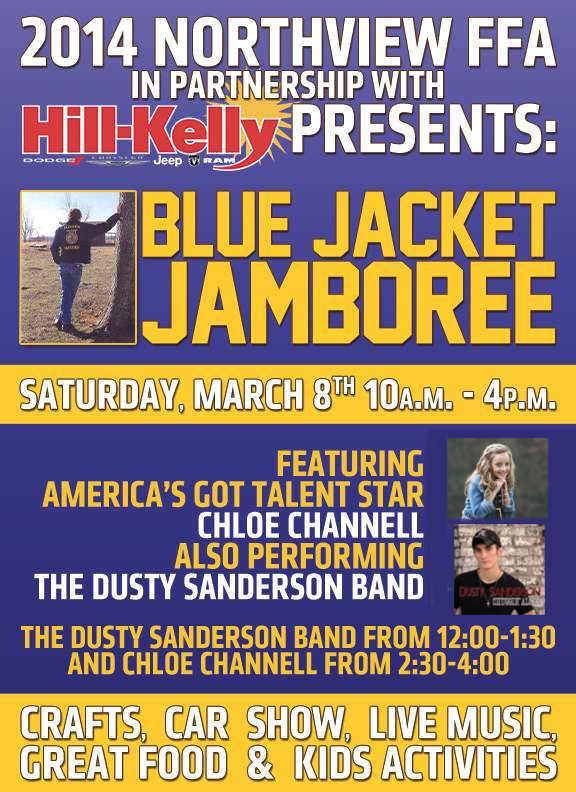 The annual Northview High School FFA Alumni Blue Jacket Jamboree will be held this Saturday, March 8, from 10 a.m. until 4 p.m. in the school’s football stadium. The day’s entertainment includes Chloe Channell from 2:30 until 4 p.m. and The Dusty Sanderson Band from noon until 1:30 p.m.

America fell in love with Chloe Channell last fall on NBC’s “America’s Got Talent” when she sang the Carrie Underwood cover song “All American Girl” and made it all the way to quarterfinals at Radio City Music Hall in New York City. She performed with the Sawmill Band at the Farmer’s Opry in Chumuckla, since she was seven and has opened for country stars like Tracy Bird, Rodney Adkins, Little Big Town and Craig Morgan. This past Christmas, she was on stage with Billy Dean in the Kenny Rogers Production of “The Toy Shoppe” in Branson, Missouri.

Pensacola native Dusty Sanderson has been playing guitar since he was 10-years old and singing on stage since he turned 14. He has written over 75 songs and recently recorded his first four song album at Quad Studios in Nashville with Grammy nominated producer Dave Moody on the Lamon Records label. His first music video for the title track “Chuggin’ Along” was shot in January in McDavid, Fl. Dusty has shared the stage with country stars like Kentucky Head Hunters, Canaan Smith, Black Berry Smoke, Travis Tritt, Rodney Atkins, John Anderson, Randy Houser, The Lacs, and will be opening for Charlie Daniels, and Lynyrd Skynyrd this coming March, and Easton Corbin this coming April.

The day’s events at the  Blue Jacket Jamboree include a craft show, car show, activities and games for the kids and plenty of great food.

Admission for the entire day and all entertainment  is just $5 for adults, $2 for ages 12 and under. All proceeds from the event benefit the Northview High School FFA and FFA Scholarship Fund.